While listening to a recent episode of Final Review, I couldn’t help but ask myself the question “How many young men born in the late 60’s and early 70’s wound up becoming archeologists after seeing Raiders of the Lost Arc?”

While I can’t say I know the answer for sure, my guess is “not very many.” That’s because for as much as Harrison Ford redefines what it is to be the prototypical American male by adjusting his glasses one minute and brandishing a whip the next, no viewer over the age of 6 would be naïve enough to think that it accurately depicts the day to day life (or the chiseled jawline) of a professor of archaeology.

And yet, a little more than a decade later, another movie would be released that had an entirely different impact. Like Raiders, this film would take a decidedly non-swashbuckling profession and imbue it with the glory and gravitas of movie stardom or professional athletics. Like Raiders, it would send its main character on a transformational, once-in-a-lifetime journey that ended in a victory almost too good to be true. And of course, like Raiders, it would feature a Hollywood leading man at the peak of his powers, and place him in the role he was seemingly born to play.

The difference between Raiders of the Lost Arc and A Few Good Men, however, is that unlike Spielberg’s action adventure masterpiece, the 1992 Tom Cruise-led courtroom drama very much inspired a generation of young men and women to follow in the footsteps of their heroes and eventually open their LSAT review books (and, sadly for most JD candidates, their student loan applications) and take the plunge into a career in law.

Is that a tad hyperbolic? Perhaps. According to a recent ABA Profile of the Legal Profession, there were 1,328,692 active lawyers in the United States as of January 1, 2020. Of those, about 300,000 would have been between the ages of 10 and 20 when Men was released in theaters. Did every one of those future attorneys decide to dedicate their lives to truth and justice because they saw this film? Certainly not. Am I willing to attribute the fact that since 2010, the profession has grown nearly twice as fast as the nation’s population solely due to the presence of this movie? Surely no.

But I’d be willing to bet that if you asked any attorney between the ages of 30 and 50 to name their favorite movie, a healthy amount will say A Few Good Men. They’ve all seen it. They’ve all loved it. And they’ve all, probably more than they like to admit, put it on late at night when they were supposed to be completing a brief or putting the finishing touches on a motion. It may not have been the reason most people went to law school, but somewhere along the way, Men likely nourished a spark within and helped turn it into a full on flame.

Never, in the history of cinema, has one film so thoroughly glorified a profession to the point that nearly everyone of a certain age range who does that job in real life can quote it, chapter and verse. And not just the obvious stuff from the final Cruise v. Nicholson heavyweight bout. I’m talking the mess hall cross. The initial offhanded, almost dismissive lines of an opening statement that Lt. Caffey delivers from his chair. And of course, every glorious morsel from a drunk, rain-soaked Cruise after his key witness put the business end of a nickel-plated pistol into his mouth – typewriter maintenance and all.

Of course, screenwriting legend Aaron Sorkin didn’t develop his first and still arguably his best script because he wanted to inspire a nation full of bright young go-getters to pursue a life in the legal profession. If he had set out to do that, he probably wouldn’t have made his main character (to borrow Joe Galloway’s terminology) “a used car salesman with a badge.”

But regardless of his intentions, everything about this film takes a certain type of viewer – perhaps one predisposed to quarreling, quibbling, and generally refusing to go along with the status quo – and grabs them by the lapels, insisting “you, too, can make an argument!”

The uniforms. The inherent respect the profession commands. The courtroom etched out from a giant block of mahogany. And more than anything, the intelligence of the players in this human chess match. When Cruise and Moore rudely interrupt Kevin Bacon’s pick-up game, the exchange in the hallway that follows is devoid of even an ounce of fat. These people don’t need to beat around the bush; they slice through it with a wit so sharp it cuts just as deep on the hundredth viewing. When those two have a similarly tense exchange later on in a bar, you end up being left in admiration of Kevin Bacon – the bad guy – not because he’s smug, but because he has the right to be smug…and he knows it.

That’s the one part of this movie that is actually realistic. Lawyers, whether their case is airtight or completely without merit, act with the confidence of the crooked attorney in Goodfellas who winks at the judge before watching a young Henry Hill walk out of the courtroom scot-free. What allows them to act this way? Why are they more audacious than a fighter pilot, a sports agent, a spy, or any other of the dozens of roles Cruise has inhabited in his uniquely Cruisian career?

You never find out. You just know that it has something to do with being an attorney at law. And that’s all you need to know.

The rest of the movie? Utter nonsense in just about every facet. In no way does the depiction of the life of a lawyer here even remotely resemble the existence of even the most high-profile litigator, regardless of the type of law they practice. My personal favorite distortion of the truth? No matter how big a case a lawyer is working on, the rest of his or her case load (no, lawyers don’t get to work on just one matter at a time) doesn’t get suspended. And because that pause button doesn’t exit, the real life Lt. Caffey would have been answering calls from his paralegal back at the office about all of the other mundane trivialities going on in a caseload that probably ran into the triple digits.

That, along with many other unglamorous things that I certainly won’t bore you with here, is the reality of life in the legal world. It’s why, for as much as I’m convinced A Few Good Men had an active role in guiding the career choices of thousands of American men and women, I’m just as convinced that a not-insignificant percentage of those men and women left the field of law when they realized that it was absolutely nothing like the movies.

So while I sing one final note of praise for what I, a former practicing attorney who has long since called it quits, will still proudly call my favorite movie, I also end with a plea: every recording of the film should be burned, and all evidence of its existence should be scraped from this earth. There are far too many miserable lawyers out there already, and every day that A Few Good Men is allowed to wreck more havoc, who knows how many more will emerge.

Don’t like the sound of that? Well it sounds like you can’t handle the truth after all, son. 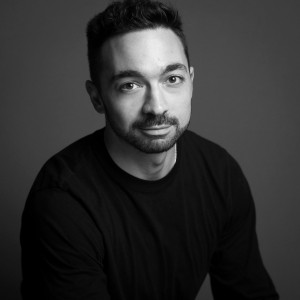 The Invention of Dreams